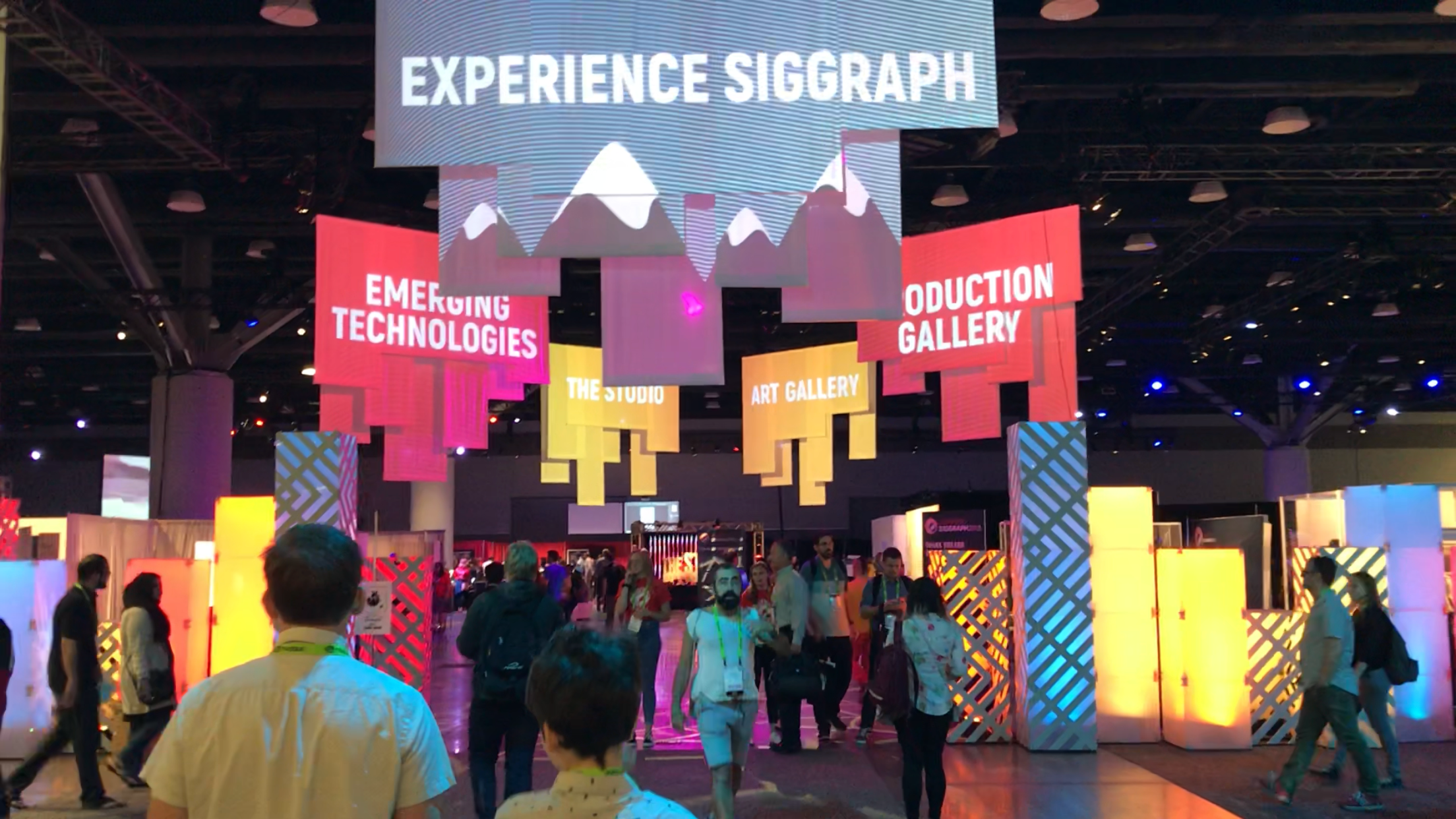 I’ve been back in Sydney a day, thought I’d write down some first impressions of what I saw.

USD All the Things

USD was everywhere at Siggraph. The new nvidia raytracing cards (more on that later) can ingest USD natively. Renderman 22 will load USD natively, Unreal 4.20 has experimental USD, and 4.21 has round-tripping USD meaning you can have a scene in maya, export as USD, load into UE4, move something, export a USD override from UE4, and get that change back into maya as a tiny override delta.

Was cool to see that Animal Logic’s USD extensions will be picked up by Autodesk, so will be part of the core of Maya next year. We’ve been using it here at AL_USDMaya at ALA, so that’ll be one less thing to worry about.

It wasn’t just the software companies getting into it; Dreamworks, MPC, Rodeo, several others have already pushed their pipelines to USD in a big way, Rodeo announcing their USD pipeline tools are now available as an open source package called Walter, get it here: https://github.com/rodeofx/OpenWalter

A very close second in terms of excitement was Nvidia’s new realtime raytracing cards. Seeing the UE4 Star Wars demo from last year, but this time at ‘Real Time Live’, on a single card rather than a array of super expensive cards, amazing stuff.

Walk around siggraph for long enough, and you’ll hear the sound of drones, servos, clicky things, shrieks of laughter. Follow those sounds, and you’ll get to where the more esoteric research is being showcased. Drones with flamingo legs, fly-eye highspeed spinning plenoptic displays, dual hairdryer based haptic feedback for VR, giant crow head hololens displays, some really strange things to see.

Being on a Panel in the Big Room

A highlight for me was being part of the ‘Generations of Houdini in Film’ panel. Head of everything for ILM, head of FX for Framestore, Dneg, Disney annnnnd…. me! Amazed that I was asked to be a part of this, Ian Failes was a great moderator, and the entire panel was great (well, except for Andy Hayes from Framestore, he’s a jerk…)

If you’ve ever wondered what the view looks like from the front of the giant conference room at siggraph: